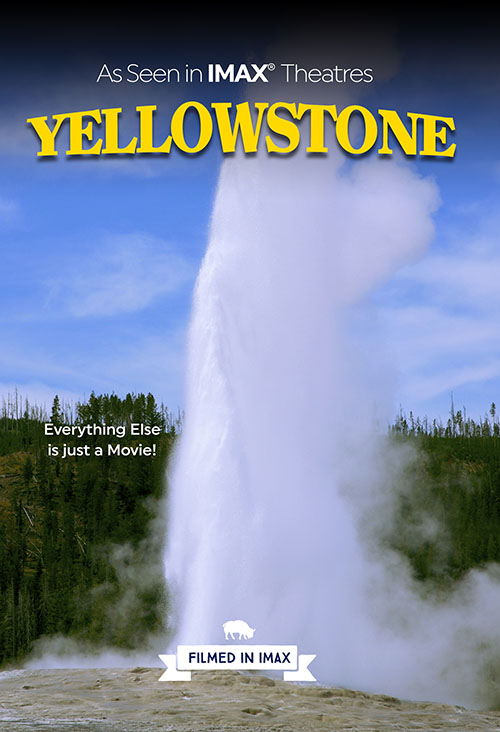 Yellowstone National Park and its most respected citizen, the Grizzly Bear, are depicted with such startling realism that it is sure to delight, entertain and educate visitors of all ages. You haven’t experienced Yellowstone until you’ve seen “Yellowstone.”

The history of Yellowstone National Park is vividly portrayed in this memorable film, from the Tukudika Tribe, the earliest known inhabitants, to the early explorers including John Colter, a member of the Lewis & Clark party. Also portrayed are Wilson Hunt, who deemed the west unfit for habitation, Father Francis Kuppens, a Jesuit priest in pursuit of native souls, and the Washburn Expedition, instrumental in establishing Yellowstone as America’s first national park.

Actual props used in filming these historic scenes are on display in the theatre lobby.